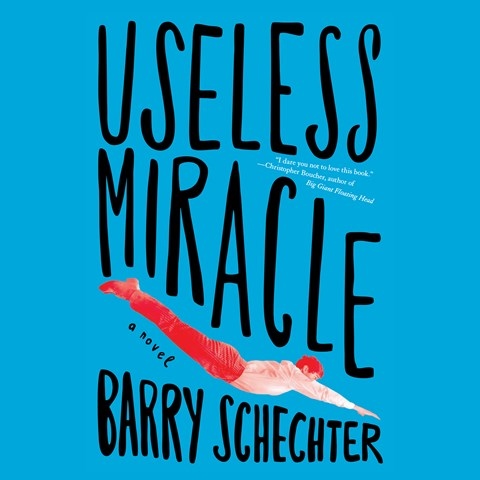 This book is monumentally improved as an audiobook production because of the energy of narrator George Newbern. He grabs listeners by the lapels as he voices Professor George Entmen, a nice guy with a respectable but lackluster life except that he has developed the ability to fly. But even his flying--not soaring, but subtle low and slow floating--seems as underwhelming as the rest of his existence. Newbern's delivery elevates mundane descriptions of the self-deprecating protagonist, his dreary co-workers, and his ordinary family. Newbern's performance succeeds in eliciting such a surplus of empathy that one roots for Entmen to vanquish scam artists, fellow academics, and myriad other emerging lowlifes who seek to expose his miracle as either a fraud or a cheap trick. J.B. © AudioFile 2021, Portland, Maine [Published: MAY 2021]