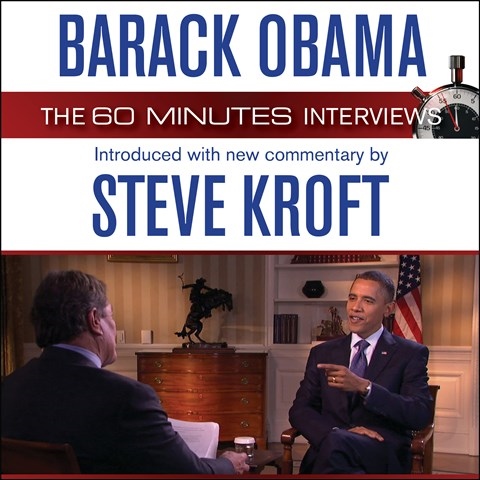 FROM THE PUBLISHER: Barack Obama: The 60 Minutes Interviews offers an unprecedented glimpse into the Obama presidency, through a series of extended interviews presented with new commentary by award-winning 60 Minutes veteran Steve Kroft. Kroft conducted more one-on-one television interviews with Barack Obama than any other journalist, from a January 2007 conversation on the eve of his unlikely candidacy to the 44th president's final White House interview a decade later. © AudioFile 2021, Portland, Maine [Published: JANUARY 2021]