Home»Reviews»A MATTER OF LIFE AND DEATH 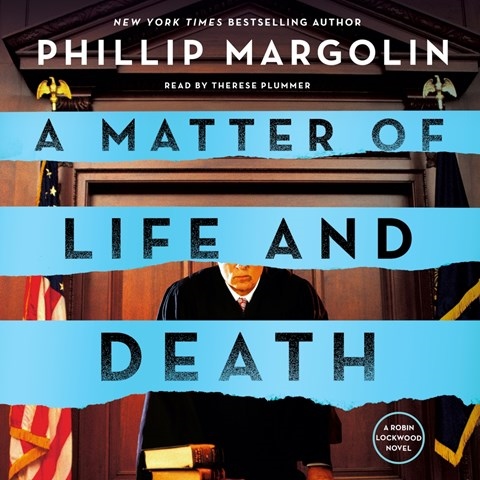 A MATTER OF LIFE AND DEATH Robin Lockwood, Book 4

Narrator Therese Plummer immediately engages listeners and keeps them invested in this intricately woven story of murder, power, and justice. Plummer shines as Robin Lockwood, a defense attorney and former MMA fighter. Joe Lattimore is homeless and struggling to provide for his family. To raise money, he agrees to an unsanctioned fight in which his opponent dies. He is then at the mercy of a few powerful people who plan to use him to do their dirty work. Lockwood agrees to take on his case and soon finds herself caught in a web of deception and influence. Plummer voices a wide range of multidimensional characters and infuses each one with nuanced distinctions and unique identifiers. Listeners will be hooked! K.S.M. © AudioFile 2021, Portland, Maine [Published: APRIL 2021]