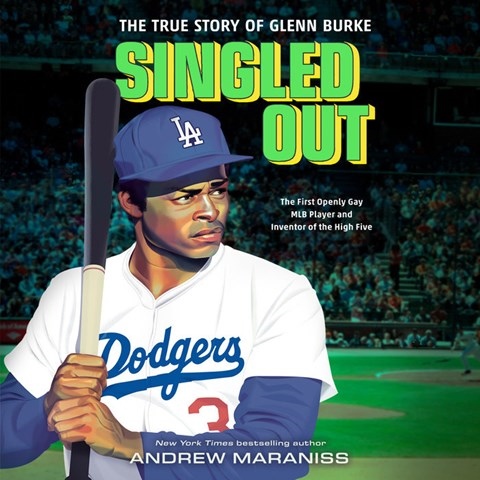 SINGLED OUT The True Story of Glenn Burke

Andrew Maraniss's latest sports-focused biography centers on baseball player Glenn Burke. Having played in the 1970s, Burke is remembered for two things: He was gay at a time when the gay liberation movement was in its infancy, and he is credited as the inventor of the high five. Kevin R. Free approaches the narration of this audiobook with dignity and an engaged tone. That's fitting for Maraniss's work, which is an excellent piece of reporting. Just as the writing is clear, so is the narration. Free narrates in voices that represent Burke at various stages of his life: for example, a commanding presence in a locker room, a slightly quieter presence when he is sick later in life. This is a fine look at a ballplayer and the era he played in. M.B. © AudioFile 2022, Portland, Maine [Published: MARCH 2022]