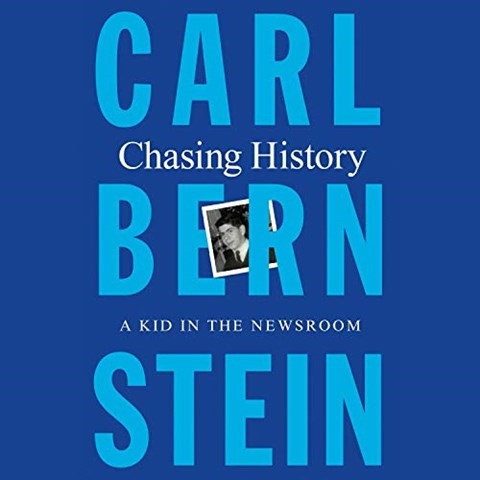 CHASING HISTORY A Kid in the Newsroom

Carl Bernstein's investigative reporting on Watergate changed America for the better--or at least shook Americans out of our complacency regarding politicians. Narrator Robert Petkoff, with an occasional assist from the author, takes listeners back to the beginning. Sounding like an indulgent grandfather telling his life story to his grandchildren, Petkoff recounts how a scrappy high schooler managed to worm his way into the WASHINGTON STAR newsroom at age 16. We see the work ethic that drove Bernstein to greatness years later at the WASHINGTON POST, where he and Bob Woodward took down the president by publishing the scandal. This work focuses on his first decade at the POST's competitor, the STAR, and shows how he learned his craft. This audiobook will provide hope to any would-be journalist. M.S. © AudioFile 2022, Portland, Maine [Published: JANUARY 2022]