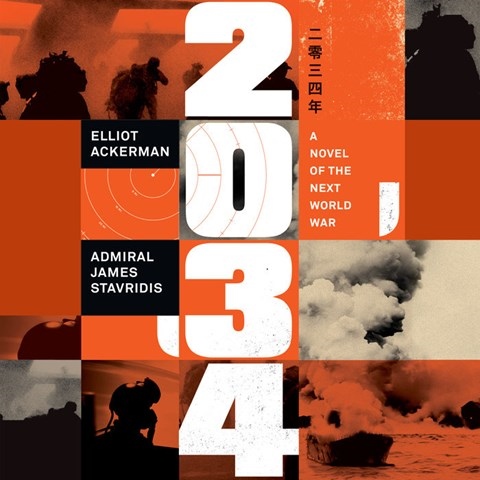 Catastrophic global events are vividly described in this audiobook, a chilling military thriller, performed by Emily Woo Zeller, P.J. Ochlan, Vikas Adam, Dion Graham, and Feodor Chin. A conflict between the United States, Iran, Russia, and China begins with a cyberattack and builds into a doomsday scenario. The world witnesses the destruction of American cities, and a culture of reliance on passive technology may be to blame. The ensemble performers skillfully enhance the complicated premise with absorbing clarity befitting the military setting. They effectively weave together characters who seem only obliquely connected at first but who eventually converge. Their performances prevent listeners from feeling unmoored in a world at war. S.P.C. Â© AudioFile 2021, Portland, Maine [Published: MAY 2021]