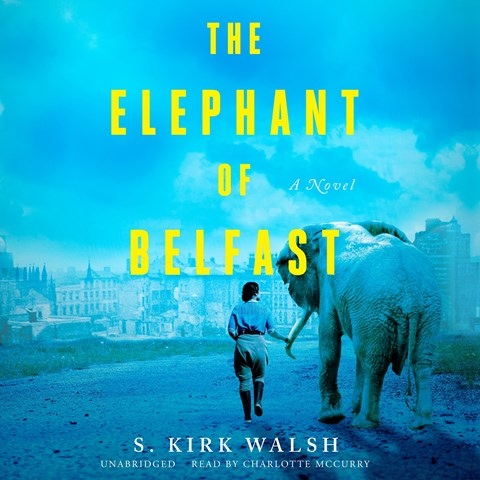 THE ELEPHANT OF BELFAST

Walsh's debut novel was inspired by the true story of a zookeeper's efforts to save Violet, a young, orphaned elephant in war-torn Belfast during the Irish Troubles. Narrator Charlotte McCurry's comfortable Irish brogue is true to the setting, but her overall performance fails to bring the characters to life. Her delivery is almost a monotone; it has little energy yet often seems rushed. The story focuses on Hettie Quinn, who, at 20, is the youngest zookeeper and the only female. She becomes Violet's primary keeper, finding purpose in caring for her while dealing with personal tragedy in addition to the Belfast Blitz. The lack of emotion in McCurry's performance dampens this story of courage and resilience. An epilogue detailing its historical context also would have been helpful. N.E.M. © AudioFile 2021, Portland, Maine [Published: JUNE 2021]