Home»Reviews»LAST GATE OF THE EMPEROR 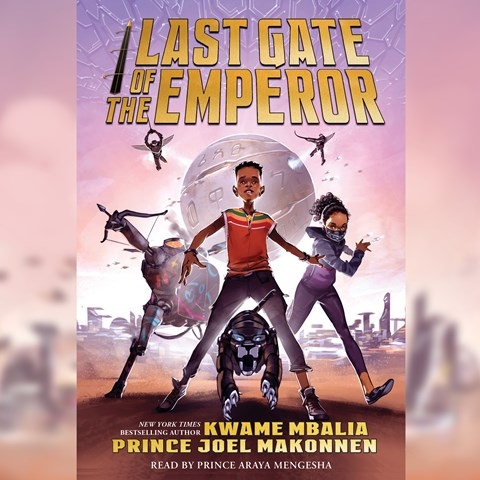 LAST GATE OF THE EMPEROR

Prince Joel Makonnen, coauthor, and Prince Araya Mengesha, narrator, are members of the Ethiopian imperial family, so they bring real history to this fantasy. Yared doesn't fit in at school and has a strange life with his eccentric uncle. He feels most alive in HKO, the augmented-reality gaming tournament he's dominating. Mengesha crafts a lovable jokester as Yared deflects loneliness and enemy attacks alike with humor. The latest game finds Yared teamed up with his archrival, the Ibis, against real armies in a conflict that reveals Yared's hidden past. Mengesha employs varying Ethiopian accents for all of the dialogue and speaks Yared's first-person narrative with American accent. This science fiction story is packed with detailed world-building and intense action. S.T.C. Winner of AudioFile Earphones Award © AudioFile 2021, Portland, Maine [Published: JULY 2021]