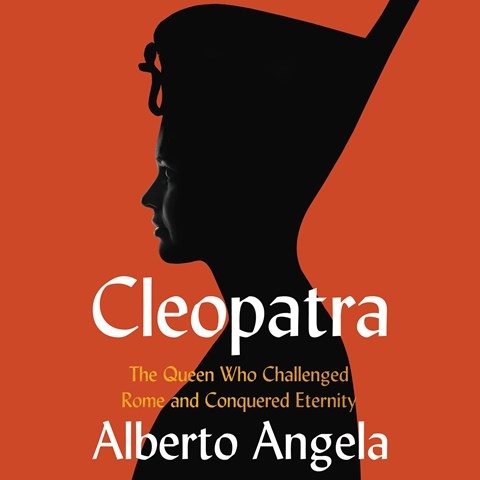 CLEOPATRA The Queen who Challenged Rome and Conquered Eternity

Narrator Derek Perkins brings the enigmatic Egyptian queen to life in scenes drawn from ancient historians. This extensive volume revealing the background and myths surrounding one of the most famous women in history is aided by Perkins's British intonation and authoritative tone. Cleopatra is not only beautiful and sexy, she also proves to be an equal match to Rome's most powerful duo, Emperor Julius Caesar and General Marc Anthony, whose heart she won. As Perkins adds judicious pacing and dramatic pauses, no historic stone is left unturned in the detailed descriptions of busy Roman streets, gory battlefields, and sumptuous palaces. And it becomes clear that no woman wielded such power with as deft a touch, as sly a side-eye, or as crushing a hammer blow as Cleopatra. R.O. Winner of AudioFile Earphones Award © AudioFile 2021, Portland, Maine [Published: MAY 2021]