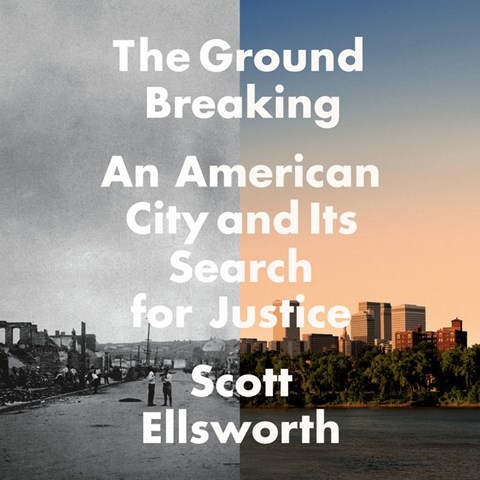 THE GROUND BREAKING An American City and Its Search for Justice

In Tusla, Oklahoma, 100 years ago, an act of evil took place that over decades became virtually unknown to all but those with a connection to the violence. This account of the now somewhat better known Tulsa race riots shows that the event was more massacre than riot. As narrated by Adrenrele Ojo, the story horrifies and educates. For a few terrifying days, Black Americans were hunted down and murdered and their businesses and homes burned, looted, and even bombed from the air. Ojo masterfully shares not just the details of the attack, but also the efforts of the city to come to terms with its history. This audiobook is fascinating, frightening, and, at times, hopeful. J.P.S. © AudioFile 2021, Portland, Maine [Published: JULY 2021]