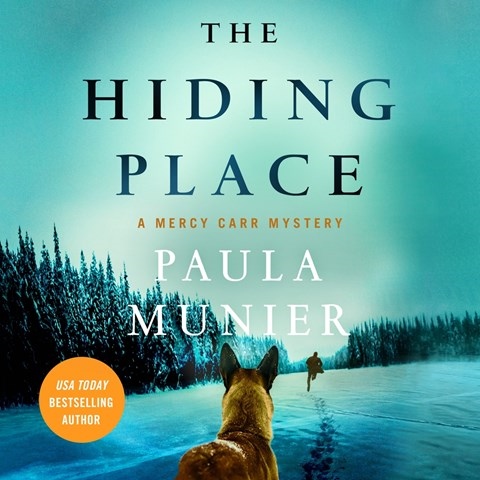 Narrator Kathleen McInerney becomes the intrepid, steely-voiced Mercy Carr, former MP, as she and her ex-military sniffer dog, Elvis, investigate the disappearance of Beth Kilgore 20 years earlier. At the same time, she also teams up with Vermont game warden Troy Warner and his search-and-rescue dog, Susie Bear, to hunt down the escaped convict who murdered her grandmother's husband. McInerney delivers this mystery with creative voicings that range from scratchy-voiced elderly women to deep-voiced outdoorsmen. There are few New England accents despite the story being set in the rugged White Mountains. Carr and Warner have their hands full with eager tracker dogs, a multitude of secrets, and lots of misdirection as they search for the missing prisoner whose trail intersects with the missing Beth Kilgore. M.B.K. © AudioFile 2021, Portland, Maine [Published: JULY 2021]