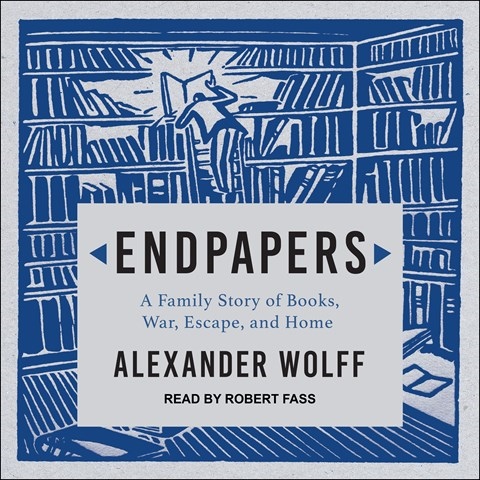 ENDPAPERS A Family Story of Books, War, Escape, and Home

In Robert Fass's skillful narration, this combination of family memoir and investigative journalism fascinates on many levels. Kurt Wolff was a legendary German publisher between the wars. When he and his second wife, Helen, fled the Nazis for the U.S., they left behind Kurt's son from his first marriage, then a hapless teenage conscript in the German military. The author is that boy's American-raised son. It's a story of a half-Jewish family split down the middle by Nazism, of the relatives who stayed and bet on Hitler, including members of the Merck pharmaceutical family, and of their émigré literary celebrity cousins in New York, plus an unusual number of family secrets and lies. Fass's accurate, sensitive, and well-paced performance makes this tale penetrating and memorable. B.G. © AudioFile 2021, Portland, Maine [Published: AUGUST 2021]