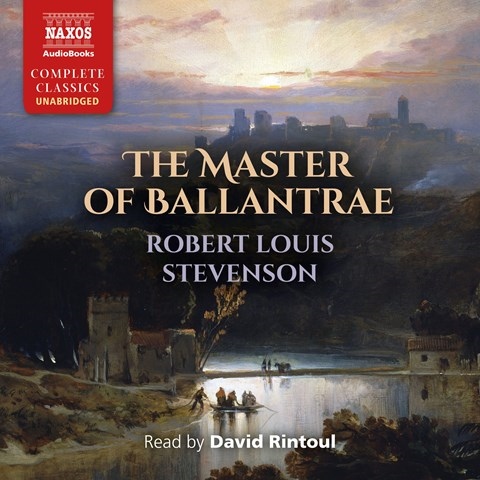 THE MASTER OF BALLANTRAE A Winter's Tale

Narrator David Rintoul captures the tension in a dark tale that begins with the Jacobite rising 1745 in Scotland. The story centers on two brothers, James and Henry Durie. When their family decides to hedge its bets on the outcome of the war, the brothers are sent to fight on opposite sides and, in doing so, form a strong hatred for each other. Rintoul excels at creating all the characters. For the family's steward, Ephraim Mackellar, the major narrator of the story, Rintoul adopts a subtle Scottish accent and captures the servant's steadfast loyalty to Henry. Rintoul also fully renders the passionate outbursts between the two brothers. Overall, Rintoul draws listeners into the novel through his careful and enthusiastic portrayals of each character. D.M.W. © AudioFile 2022, Portland, Maine [Published: FEBRUARY 2022]