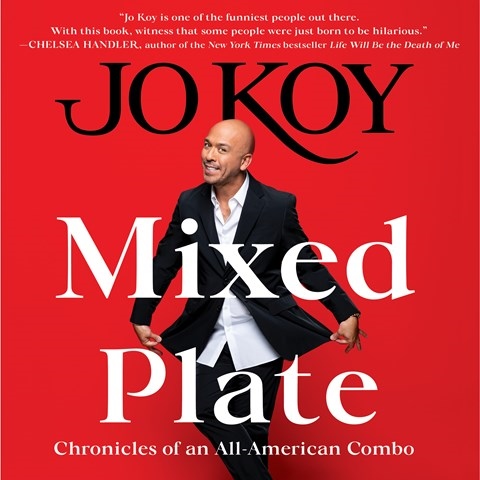 Filipino-American comedian Jo Koy narrates his story of growing up and pursuing a career in stand-up comedy. The biracial child of a white American soldier and a Filipina immigrant mother, Koy worked hard to make it in a predominantly white field of entertainment, ultimately achieving his American Dream. Those not familiar with Koy's style may be taken aback by the brashness of his narration, though the earnestness of his story quickly surpasses one's initial reaction. Some of his impressions seem like caricatures of celebrities, and these are distractions; however, Koy still captures their essence. He doesn't hold back in his performance or his account of his childhood difficulties. A.L.S.M. © AudioFile 2021, Portland, Maine [Published: MAY 2021]