Home»Reviews»THE OTHER SIDE OF THE DOOR 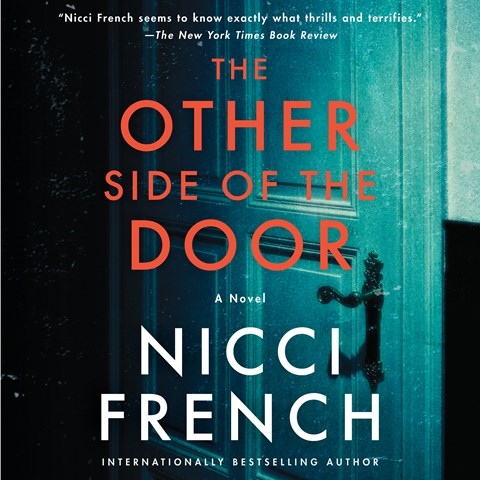 THE OTHER SIDE OF THE DOOR

Fans of Nicci French's Frieda Klein series may be less delighted by the authors' new audio thriller, a one-off about a music teacher named Bonnie who puts together a summer pickup band to play for a friend's wedding. The group is joined by an appealing but obviously disruptive rocker of some reputation who begins seducing people he shouldn't, appropriating funds not his, and (surprise!) is soon found dead in his borrowed apartment. What happened before and following the death is told in alternating shifts in time-frame jumps, the current crime novel on-trend device for manipulating the clue supply. Imogen Church does her enthusiastic and largely successful best to make this entertaining, but her weird pronunciations of featured characters' names (Amos and Joachim) distract needlessly. Was nobody producing? B.G. © AudioFile 2021, Portland, Maine [Published: JUNE 2021]