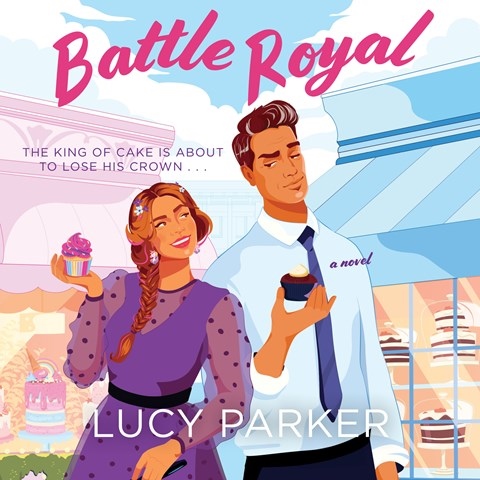 With narrator Billie Fulford-Brown at the helm, Parker's latest charming, funny, and deeply romantic story glitters on audio. Playful Sylvie Fairchild and stern Dominic De Vere first met on the British TV baking show "Operation Cake," on which Dominic was a judge and Sylvie was a contestant whose unicorn cake went explosively wrong. Now, they own rival successful bakeries across the street from each other, they're both judges on a new season of the show, and they're each vying to secure the contract for a royal wedding cake. Fulford-Brown delivers on all levels--selling the humor perfectly, bringing pathos to emotional revelations, and making sure the sparks between Sylvie and Dominic fly. Listeners will be rapt as the family dramas, royal intrigue, and Dominic and Sylvie's ever-deepening connection play out absolutely deliciously. J.M.D. © AudioFile 2021, Portland, Maine [Published: AUGUST 2021]