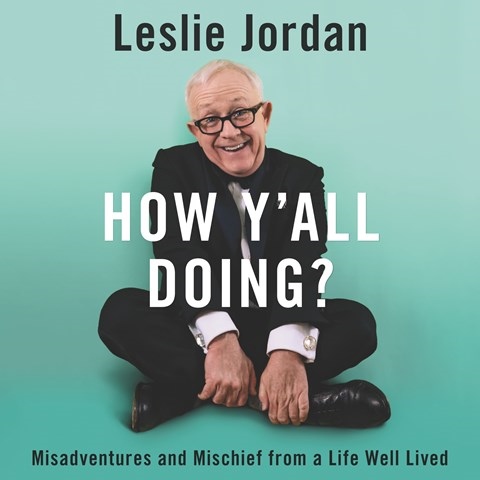 HOW Y'ALL DOING? Misadvetures and Mischief From a Life Well Lived

From his opening line—”Well, shit, how y'all doing?”—Leslie Jordan brings his sparkling energy and humor to the narration of his memoir. The Tennessee native, who starred in television's “Will & Grace” and “American Horror Story,” has of late achieved a loyal social media following after going viral (a status he didn't even know the meaning of until it happened) on Instagram. Jordan narrates in his trademark Southern accent, with a delightfully whimsical and flamboyant touch. His colorful narration dovetails with his colorful life, which is on full display, from growing up gay in a Southern Baptist family in a conservative area to his struggles with drug and alcohol abuse and his later sobriety and successful career in the performing arts. S.E.G. Winner of AudioFile Earphones Award, 2022 Audies Winner © AudioFile 2021, Portland, Maine [Published: JULY 2021]