Home»Reviews»THE WOMAN THEY COULD NOT SILENCE 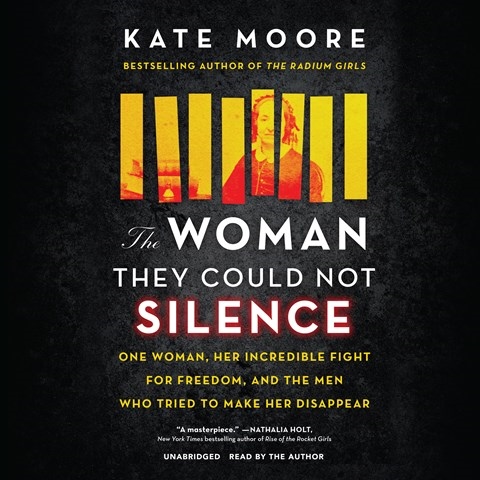 THE WOMAN THEY COULD NOT SILENCE One Woman, Her Incredible Fight for Freedom, and the Men Who Tried to Make Her Disappear

Author/narrator Kate Moore delivers her stunning biography of Elizabeth Packard (1816-1897). Packard became an advocate for the rights of women and patients unjustly committed to insane asylums. Elizabeth's vindictive husband, a minister, had her forcefully committed because he feared her intelligence, opposed her defense of women's rights, and loathed her deviation from his religious beliefs. In the asylum Elizabeth encountered many other sane women who had been committed by men who found them troublesome. Moore's riveting account of the asylum's disgusting conditions and the staff's brutal treatment of inmates is flawless. Packard's battle with powerful male figures, incendiary writing, and eventual triumph are enthralling. Moore's performance shines a light on Packard, a mother of six, who never stopped fighting against gender-based prejudice. S.J.H. Winner of AudioFile Earphones Award © AudioFile 2021, Portland, Maine [Published: JULY 2021]