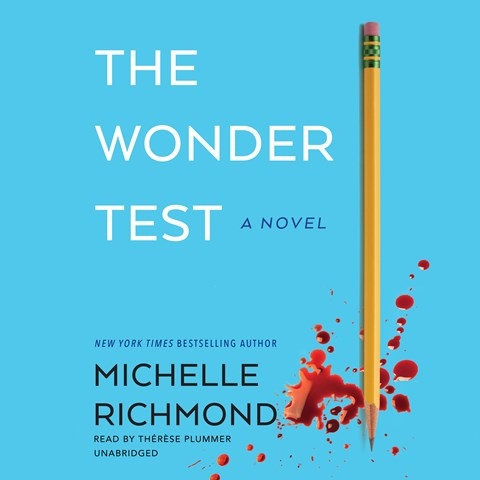 Narrator Therese Plummer leads listeners through a twisted thriller involving corruption in the field of education. Recently widowed Lina has quit her job at the FBI. She and her son, Rory, have left New York behind in order to clear out her late father's home in Silicon Valley. While adjusting to a new life in California, Rory learns that his new high school requires all students to take The Wonder Test, an atypical standardized test that involves far more dark secrets than he or his mother could ever imagine. Plummer portrays Lina as a combination of serious FBI agent and concerned mother. Her well-performed narration keeps the listener engaged from the beginning to the truly surprising conclusion. V.B. © AudioFile 2021, Portland, Maine [Published: AUGUST 2021]