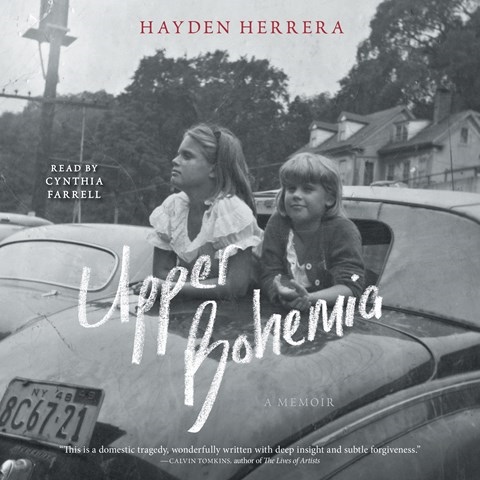 Listeners will be moved by this poignant memoir of a painful, chaotic childhood, superbly narrated by Cynthia Farrell. Sounding like she wrote the words herself, Farrell conveys Herrera's evocative depictions of her and her sister Blair's frequent changes in living situations and schools. They were uprooted from Cape Cod to go to Boston, then to New York, Mexico, and other locales, where they were often left with relatives or paid help for extended periods. Herrera's parents are self-described "upper bohemians"--born to wealth and privilege and dedicated to lives of adventure, romance, and artistic expression. With a wistful intonation and an unhurried pace, Farrell expresses what Herrera chooses to leave unsaid or understated, illuminating the lasting impact that parental neglect has had on Herrera. M.J. Winner of AudioFile Earphones Award © AudioFile 2021, Portland, Maine [Published: AUGUST 2021]