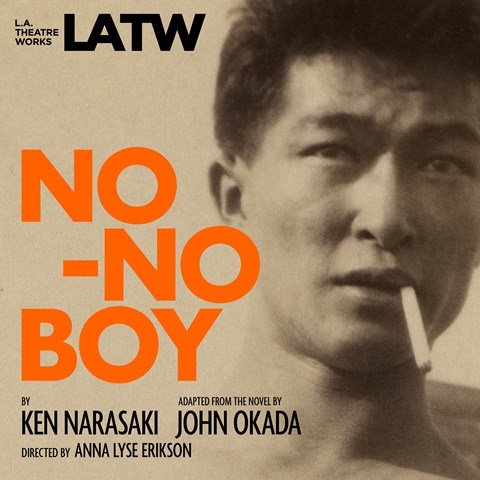 Greg Watanabe, Kurt Kanazawa, and Joy Osmanski give riveting, emotional performances in this L.A. Theatre Works adaptation of the 1957 novel by Japanese-American author John Okada. After spending years in internment camps and prison, a Japanese-American who had said no to both a loyalty oath and serving in the U.S. military during WWII (hence, the term “no-no boy”) finally returns home to his native Seattle to find old friendships and his family in tatters. Watanabe’s voice deftly captures the pain and confusion of a young man of color who finds that he has no job prospects, his delusional mother believes Japan won the war, and the girl he loved is already married. Still, like so many American tales, there is the sound of hope. B.P. Winner of AudioFile Earphones Award, 2022 Audies Finalist © AudioFile 2021, Portland, Maine [Published: SEPTEMBER 2021]