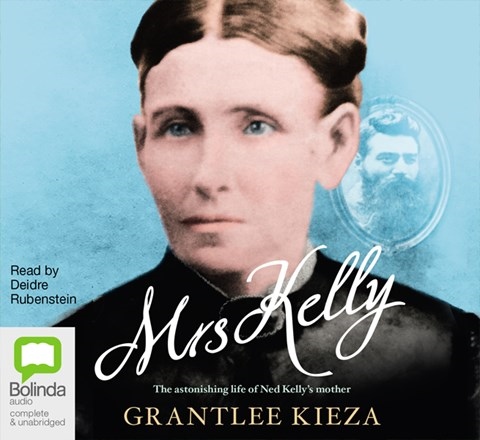 Masterfully narrated by Australian actress Deidre Rubenstein, this is a saga about a woman trying to raise 12 children in Australia during the mid-to-late-1800s. Mrs. Kelly, the mother of the famous Australian outlaw Ned Kelly, has a hard life. When Ned becomes the leader of the violent Kelly Gang, Mrs. Kelly's life becomes even more difficult. When voicing Mrs. Kelly, Rubenstein shines the brightest, smoothly switching from her native Australian accent to Mrs. Kelly's Irish one. Utilizing intensity and pacing, she conveys Mrs. Kelly's emotions--from rage against corrupt police to tender motherly love. Rubenstein expertly portrays male characters, as well, switching between their various accents. Passages come alive for listeners because Rubenstein infuses her performance with skill, emotions, and energy. A.M. Winner of AudioFile Earphones Award © AudioFile 2021, Portland, Maine [Published: OCTOBER 2021]