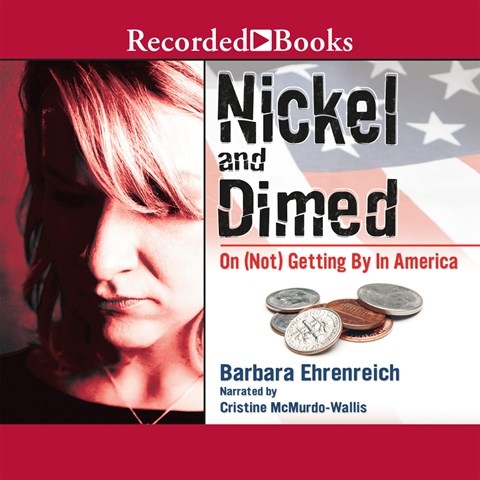 Ehrenreich, a writer in her fifties, went undercover in multiple low-wage jobs in three regions of the country to see what it was like to do the work and get by on the pay. Answers: hard, and nearly impossible. Cristine McMurdo-Wallis's voice fits Ehrenreich perfectly--wry, no-nonsense, compassionate, mature; this could BE Ehrenreich. She brings out the humor and pathos of the material and reads statistics and narrative reportage with clarity and intelligence. It's hard to imagine anyone doing a better job of this important book, an indictment of American greed and hard-heartedness, a warning of our shift to a nation of gated haves turning their backs on the have-nots. W.M. © AudioFile 2005, Portland, Maine [Published: JUNE/JULY 05]