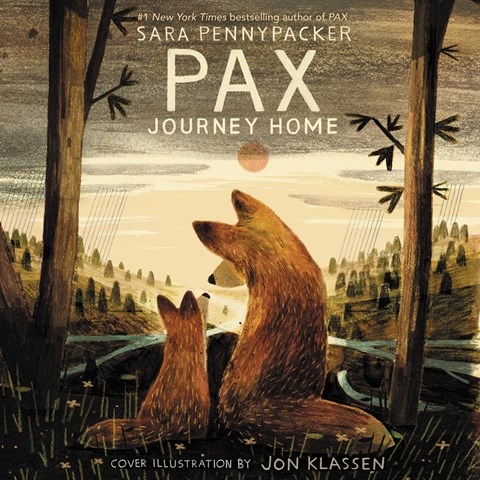 This sequel to the well-known children's book, PAX, returns listeners to the world of Peter and his pet fox, Pax, who were separated by war. Here narrator Michael Curran-Dorsano transitions seamlessly between timeframes and points of view. A year after Pax and Peter's separation, Curran-Dorsano recounts Pax's joyful welcoming of fox cubs into the world. But his tone for Peter, now an orphan, reflects the boy's sadness and confusion. When Peter joins Water Warriors, a group bent on repairing the war's ecological damage, Curran-Dorsano reflects his surprise at encountering young people who can love after loss. Eventually, Pax is brought back into the life of his boy, and Peter is impacted by Pax's trust and love. The story and its narration make for a poignant sequel. S.W. Winner of AudioFile Earphones Award © AudioFile 2021, Portland, Maine [Published: SEPTEMBER 2021]