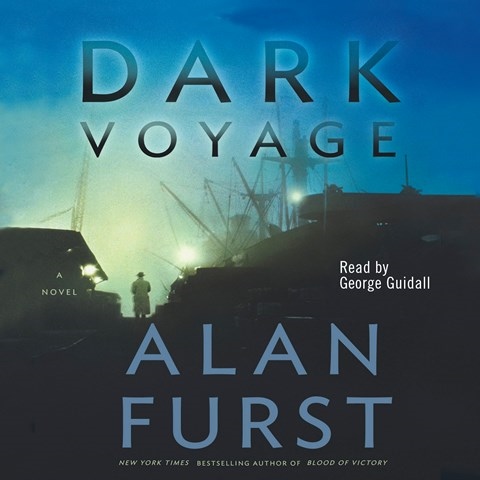 Captain Eric DeHaan thinks himself “good as any man, better than none . . . He had big hands, appreciated by women . . . ” Called ashore for a secret meeting, he is asked to throw the tramp freighter NOORDENDAM against the Nazis. And so--like many ordinary men and women in war-torn Europe--DeHann must prove himself to be a coward or an unlikely hero. Many thrillers have nothing to do with life as we know it. Furst’s characters battle a world as grotesque, beautiful, and ordinary as the one you and I struggle through today. George Guidall’s golden voice is exquisitely fitted for this job. Terrible odds, proud enemies, beautiful lost women . . . all are narrated in the gravelly tones of a man who is still intoxicated and outraged by life, but no longer surprised. B.H.C. Winner of AudioFile Earphones Award © AudioFile 2005, Portland, Maine [Published: JUNE/JULY 05]