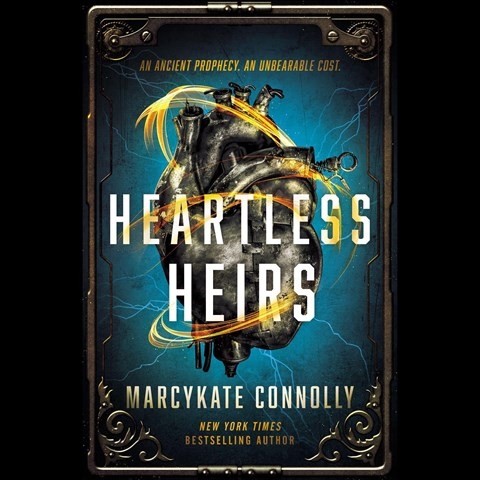 Narrator Rebecca Gibel delivers an exciting performance of this action-packed finale of the Twin Daggers series. War between the Magi and the Technocrats continues. Aissa desperately tries to convince the Magi that their spy has turned traitor. Instead, her relationship with the Technocrats' prince convinces the Magi leader of her own treachery. Finding herself in exile, she must uncover the secrets of the Alchemist Alliance to finally end the war. Gibel depicts Aissa with unwavering confidence. Twin sister Zandria, voiced with ferocity, only wants revenge after being trapped in the Technocrats' dungeons. Everything the twins grew up believing is threatened as the truth finally comes to light. A.K.R. © AudioFile 2022, Portland, Maine [Published: JANUARY 2022]