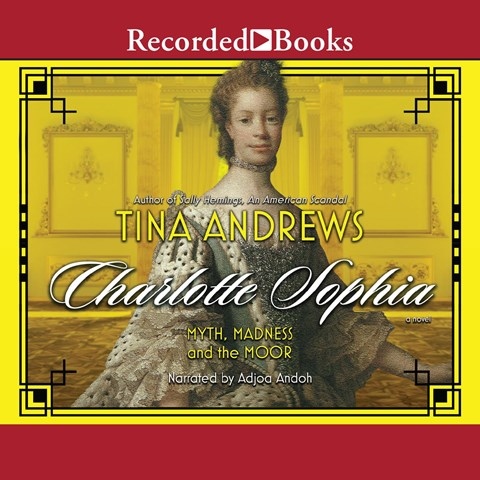 Narrator Adjoa Andoh delivers an epic journey through 50 years in the life of Charlotte Sophia, the first Moorish queen of England, wife of "mad" King George III. Always an embarrassment, Charlotte's tawny skin was covered with chalky makeup so she'd appear less dusky. She inherited a holy reliquary with mystical connections to the Knights Templar and the Masons. Andoh makes us feel Charlotte's newfound pride when she discovers her Moorish ancestry. Sexually assaulted by a cousin; in love with Christian Bach, son of Johann Sebastian Bach; Charlotte is forced to marry George. Andoh shifts smoothly between emotions as she cares for her sick husband; attempts to pass anti-slave-trade legislation; and deals with blackmail, murder, depravity, and insanity. The audiobook is enlightening. Andoh is amazing. S.J.H. Winner of AudioFile Earphones Award © AudioFile 2021, Portland, Maine [Published: OCTOBER 2021]