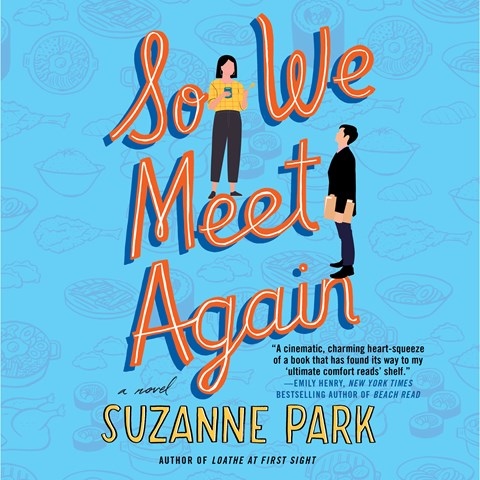 SO WE MEET AGAIN

Jackie Chung narrates the charming and humorous story of a romance between former childhood rivals. After Jessie Kim loses her Wall Street job via a Zoom HR meeting, she moves back in with her parents to figure out her life. Running into her middle school nemesis, Daniel Choi, was not on her to-do list. Chung perfectly balances the humor in the story with the difficulties Jessie faces after her unexpected move; she gives Jessie compassion and grace, while still allowing the funny parts of her life to be awkwardly hilarious. Jessie's dignity may occasionally be bruised, but it is never lost. Jessie's parents and friends play important roles in the story of her reinvention, and Chung makes each of them memorable and believable. A breezy and entertaining story. K.M.P. © AudioFile 2021, Portland, Maine [Published: SEPTEMBER 2021]