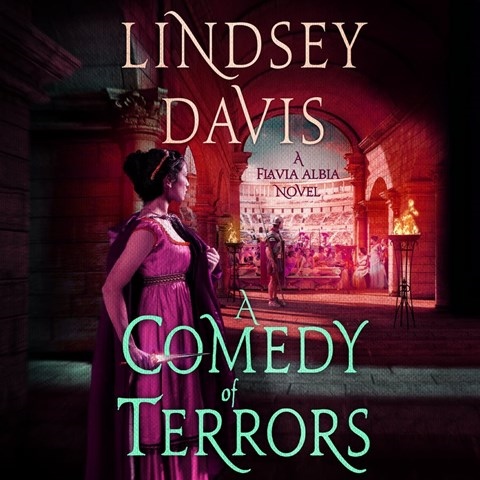 During the Roman festival Saturnalia, Britannia-born Flavia Albia, whom narrator Jane Collingwood makes sound rather patrician, is once again solving mysteries. Flavia Albia is a private informer/detective who has succeeded her father, Marcus Didius Falco. Together with her husband, Aedile Tiberius Manlius Faustus, she investigates crimes, including murder, the theft and distribution of spoiled nuts crucial to Saturnalia, and a missing wife. Conjuring class-appropriate accents, Collingwood voices Aedile Tiberius as a stuffy military leader-turned-politician. Dromo the slave is portrayed as unctuous, the nurse as put-upon, and the nut thief as bombastic, while the children come through as carefree and joyous. The mixture of accents and the clarity of Flavia Albia's descriptions combine to create a believable romp through Rome in 89 CE. M.B.K. © AudioFile 2021, Portland, Maine [Published: OCTOBER 2021]