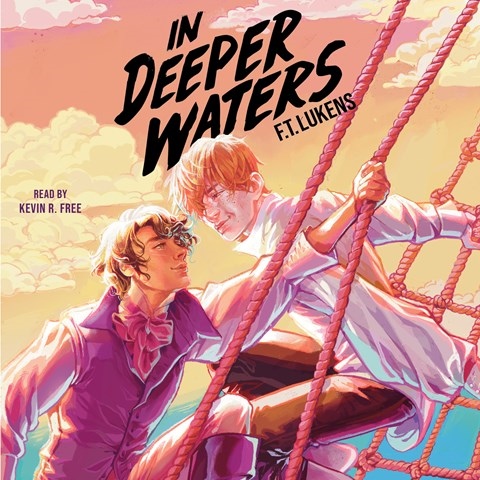 Narrator Kevin R. Free's ability to infuse his voice with joy, trepidation, and excitement adds to the delight of this fun queer fantasy. Prince Tal, who's been forced to hide his magic since birth, is looking forward to the freedom of his coming-of-age tour of the kingdom. He's certainly not expecting to rescue a mysterious boy named Athlen from a sinking ship, get kidnapped, be rescued by Athlen . . . and fall in love. Whether he's quietly narrating vulnerable conversations between Tal and Athlen or expertly describing action-packed battle scenes, Free's narration is alive with all the pangs of growing up. Delivering an array of excellent character voices and just the right amount of drama, he transforms this magical adventure into an unforgettable listen. L.S. © AudioFile 2021, Portland, Maine [Published: SEPTEMBER 2021]