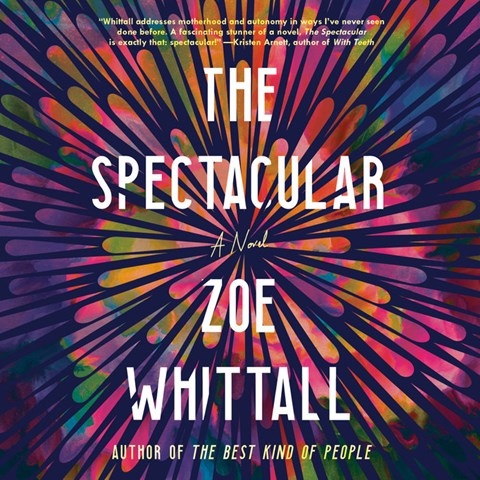 Hillary Huber and Alex McKenna give outstanding performances as an estranged mother-daughter duo in this quiet family drama. Helen Lloyd vividly portrays the mother's mother. McKenna voices Missy, who, after growing up on a Vermont commune, becomes a successful rock musician. Much of the audiobook takes place while Missy is touring in her 20s, and McKenna sounds exactly like a sometimes-wild young woman--loud and brash. Her narration heightens Missy's emotions. Huber voices Missy's mother, Carola, who left Missy as a child, and is now living at a rural retreat center. Her low, even voice is calm, assured, tinged with wisdom and sorrow. As Missy ages, pondering motherhood herself, McKenna's voice changes--sounding more like Huber's. It's a poignant and powerful meditation on aging, womanhood, family-making, and forgiveness. L.S. Winner of AudioFile Earphones Award © AudioFile 2021, Portland, Maine [Published: DECEMBER 2021]