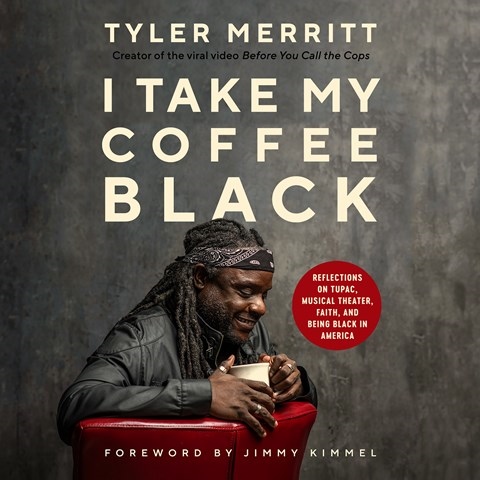 I TAKE MY COFFEE BLACK Reflections on Tupac, Musical Theater, Faith, and Being Black in America

Actor-comedian Tyler Merritt flawlessly presents his memoir, which includes commentary on American and African-American history, religion, and the constant challenges of being a 6'2'' Black man in an unforgiving white nation. He speaks directly to listeners of his belief that proximity challenges racism. Merritt reveals his coping methods and the raw pain he still feels years after being condemned because of his race. As a teenager, his life took an unexpected turn when he attended a church camp and, later, when he discovered the joy of acting. His personal delivery keeps the rich flow of information, opinion, and experience absorbing. Cameo appearances by his parents, a freestyle interview with actor/friend James Inglehart, a foreword by comedian Jimmy Kimmel, and his own comments add to this audiobook. S.G.B. Winner of AudioFile Earphones Award © AudioFile 2021, Portland, Maine [Published: OCTOBER 2021]