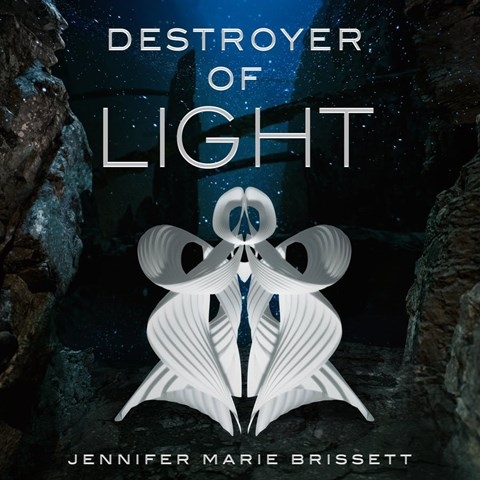 Cherise Boothe and Landon Woodson give exceptional performances that evoke a sense of mystery laced with sadness and hope in this wildly imaginative futuristic tale of humanity's survival on a new planet. Boothe's pacing and tone capture the innocence, fear, and power of a girl who is stolen from her village and forced into the service of a warlord. In contrast, Woodson embraces a gritty style that is especially well suited to the twin brothers from the underbelly of society who have agreed to use their gifts to help find a missing boy. The narrators' contrasting vocal choices work beautifully together, enhancing the tension within the intertwined stories as the characters come together to stop an impending alien invasion that could destroy them all. E.M.U. © AudioFile 2022, Portland, Maine [Published: JANUARY 2022]