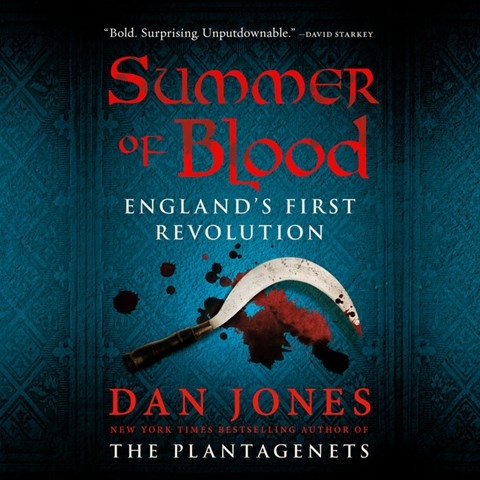 Narrator Matthew Lloyd Davies narrates the causes, events, and aftermath of the dramatic and bloody popular English rebellion called The Peasants' Revolt, also known as Wat Tyler's Revolt, of 1381. It was sparked by the onerous poll tax in 1380, when England was still reeling from the Black Death, shifting class hierarchies, and war on multiple fronts. Davies smoothly recounts the actions of a government in the hands of regents, especially his uncle, John Gaunt, who ruled for the boy king Richard II. Letters, diary entries, and ordinances are delivered in Davies's measured, sometimes gruff tones in contrast to the author's fluid, emotionless, and vivid descriptions of uprisings, bloodthirsty beheadings, and violent punishments during and after the revolt. M.B.K. Winner of AudioFile Earphones Award © AudioFile 2021, Portland, Maine [Published: DECEMBER 2021]