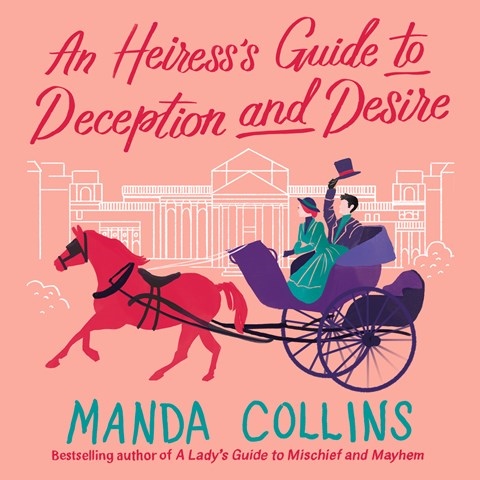 AN HEIRESS'S GUIDE TO DECEPTION AND DESIRE

Narrator Mary Jane Wells transports listeners to mid-nineteenth-century England. When Caroline Hardcastle's friend is kidnapped, she reconnects with her former fiancé, Lord Valentine Thorn. Thorn is further drawn in when his cousin also disappears. Wells's portrayal of Caroline perfectly conveys her spunky personality as she sets out to solve the mystery of her friend's kidnapping. Wells captures the haughtiness of Valentine's father, a duke who is not pleased with his son's involvement with Caroline. Using a wide variety of accents, Wells flawlessly portrays all levels of English society, from tough thugs to aristocrats. Wells's performance sparkles as Caroline and Valentine grow closer while working to solve the mysteries of the missing. S.B. © AudioFile 2022, Portland, Maine [Published: MARCH 2022]