Home»Reviews»YOU FEEL IT JUST BELOW THE RIBS 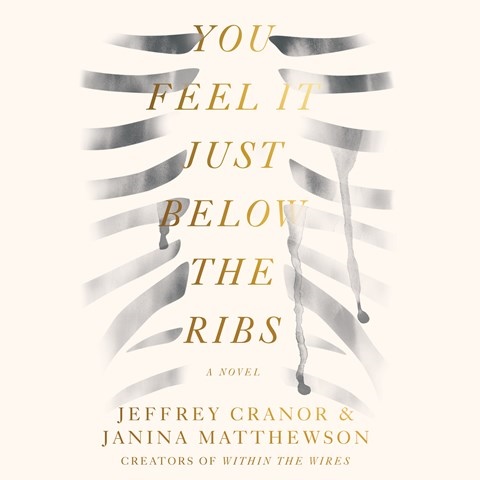 YOU FEEL IT JUST BELOW THE RIBS

In this audiobook, the authors, cowriters of the "Within the Wires" podcast, have fashioned an expansive alternative-twentieth-century global history. The premise: The autobiographical manuscript of Dr. Miriam Gregory, a psychologist and spiritualist who specializes in rehabilitation from childhood trauma, has been found in an attic. Kirsten Potter's richly expressive narration gives voice to Miriam's complicated personal history. When her family died, Miriam was left on her own in a world ravaged by war, famine, and disease. After years of scavenging for food and shelter, along with a prison term, she ended up on a farm collective operated by academics who later helped establish a new global social order. Narrator Adepero Oduye seamlessly inserts explanatory notes throughout the story, which help listeners evaluate the reliability of Miriam's recollections. M.J. © AudioFile 2022, Portland, Maine [Published: FEBRUARY 2022]