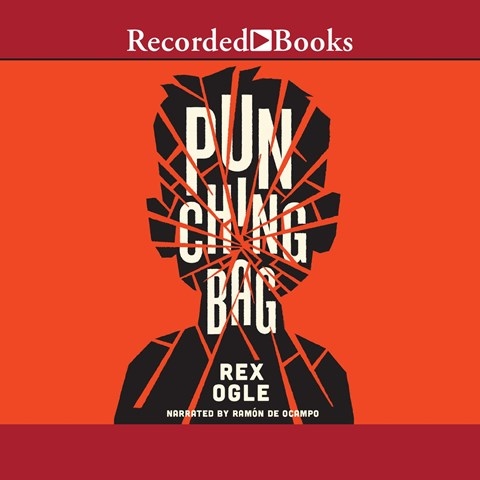 Ramon de Ocampo, who vividly rendered Ogle's first memoir, narrates the second with the same keenness. The author warns of his story's intensity and the hope it can offer, and de Ocampo's portrayals increase its rawness and promise. Rex is now entering high school; his poverty has abated as both of his parents are working. The domestic violence in his family, however, has reached new heights. The audio begins with a haunting flashback as Rex, at age 7, learns of his infant sister's death. This memory weaves in and out of the narrative. De Ocampo's characterizations are rounded and as complex as the people he is portraying. Rex's furious, stuttering stepfather shows occasional tenderness and self-hatred. Rex's Latina mother's passion is as constant as her moods are erratic. Most poignant are Rex's dedication to his brother and his own growth. S.W. Winner of AudioFile Earphones Award © AudioFile 2022, Portland, Maine [Published: JANUARY 2022]