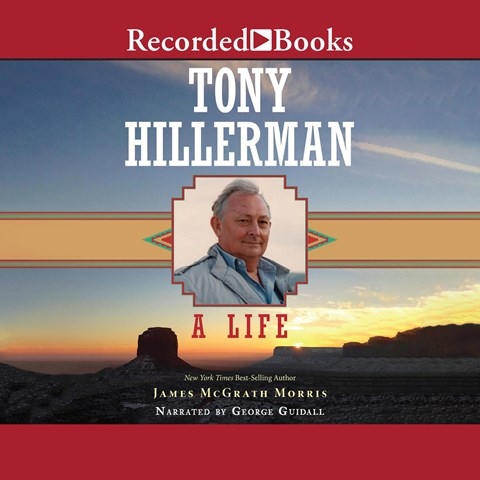 Narrator George Guidall has performed so many of Hillerman's audiobooks that his voice has become essential for many listeners. His weathered timbre, raspy but gentle, conveys the wisdom, strength, and vulnerability that illuminate Hillerman's characters. Guidall's performance of McGrath's biography is a kind of capstone. Before he published his first novel, Hillerman had already served in WWII; then he became a successful reporter and journalism professor, teaching students that clear writing demands that "each word tell." Hillerman lived these words, publishing a series of wildly successful mysteries set in the Southwest. McGrath captures the efforts Hillerman made to respect the Navajo culture, featured in so many of his works. Guidall's voice embodies the Southwest of Hillerman's life and work. This audiobook is a fitting coda. S.P.C. Winner of AudioFile Earphones Award, 2021 Best Audiobook © AudioFile 2021, Portland, Maine [Published: NOVEMBER 2021]