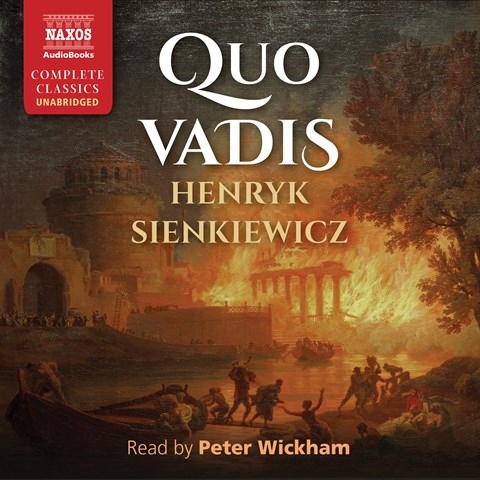 In the time of Emperor Nero (54-68 CE), a military hero returns to Rome and falls in love with a beautiful princess held hostage by Nero's court. To win her heart, the Roman citizen acquaints himself with a strange new faith--Christianity. Peter Wickham narrates this fascinating story, first published in Polish in 1896. With typical British assurance he gives an upper-crust, mannered tone to Petronius--the man-about-court; a tough working-class accent to Tigelinus, the feared captain of the guard; a wise tone to Peter the Apostle; and an exasperatingly petulant whine to the Emperor himself. Of course, Rome burns, and the Christians are blamed. The story is historically accurate and entertaining. What's more, the author won the Nobel Prize in Literature in 1905. B.P. © AudioFile 2022, Portland, Maine [Published: JANUARY 2022]