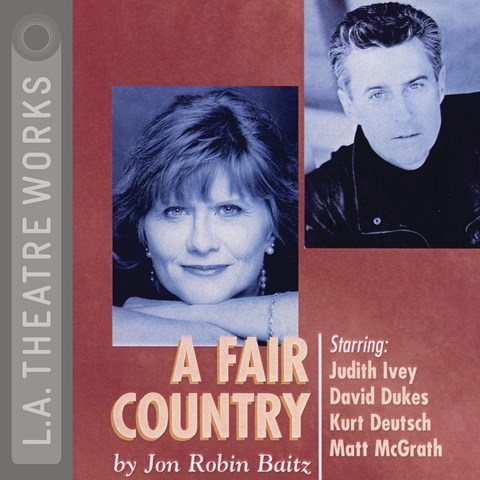 Listen twice. Listen the first time for the outline of the story of an American diplomat 's family that must cope with the difficulties of apartheid while stationed in South Africa. Listen again to clarify the scenes and sound effects, which come through muddied.What sounds like waves hitting the shore is actually the arrival and departure of airplanes at an airport. Other clunking noises have no meaning the first time you listen. The relationships too become more evident on the second hearing.The transfer from stage to radio or audio has not been done well. A radio play must be read intensely with the story and the listener in mind. This reading sounds like a non-ensemble group of solo actors each giving his own version of what he thinks the character is about. J.P. © AudioFile 2000, Portland, Maine [Published: APR/MAY 00]