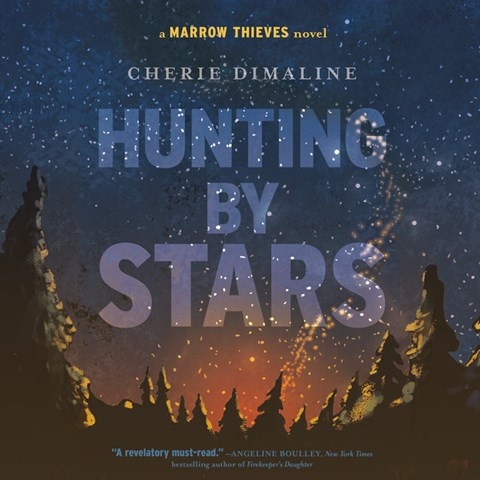 This grim but richly complicated novel brings listeners back to the dystopian world introduced in THE MARROW THIEVES. Indigenous teenager French has just been reunited with his father when he's separated from his found family and imprisoned in the 21st-century version of residential schools. Narrator Meegwun Fairbrother gives a stirring performance as French. Desperate to stay alive and get back to his family, he's forced to make impossible choices. Fairbrother's voice oscillates between fierce determination, despair, and horror as French navigates an unbearably violent world. Michelle St. John narrates the chapters told from the points of view of French's family. She's especially good at voicing the stubbornness and anger of French's girlfriend, Rose. This is not an easy listen, but it's a worthwhile and ultimately hopeful one. L.S. © AudioFile 2022, Portland, Maine [Published: FEBRUARY 2022]