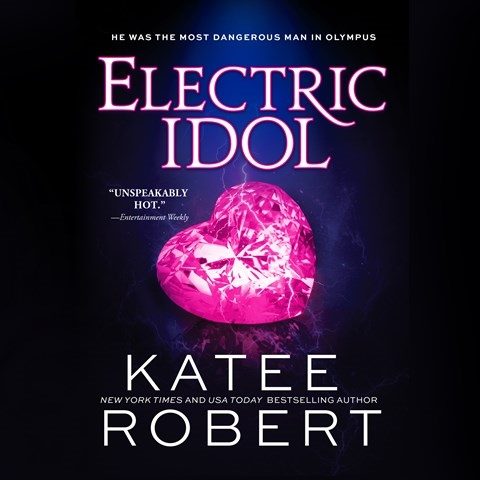 Narrators Zara Hampton-Brown and Alex Moorcock lend their voices to the second installment of the Dark Olympus series. Aphrodite's feud with Psyche's mother, Demeter, has threatened Psyche's life. But Aphrodite's son, Eros, finds that he can't fulfill his mother's demand to kill Psyche. Hoping to keep her safe, the two agree on a marriage of convenience, not expecting that a deeper connection is forming. Hampton-Brown deftly captures Psyche's complex personality. Moorcock's performance of Eros's point of view is filled with the dark sensuality expected of Aphrodite's fixer. Moorcock holds his own, despite lacking Hampton-Brown's experience narrating romantic fiction. Both Hampton-Brown and Moorcock's performances lift the story from its sparse plot into enjoyable entertainment. A.L.S.M. © AudioFile 2022, Portland, Maine [Published: MAY 2022]