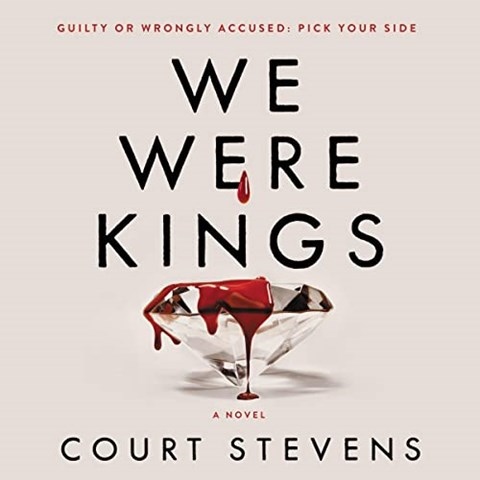 McKenzie Fetters's nearly breathless narration is a perfect match for this fast-moving can't-put-it-down YA mystery. Fetters's quick-paced performance intensifies the nonstop twists and turns. Early on, Nyla learns she is not who she believes herself to be. Her mother, a member of the monied King family, is up against the clock to save a lifelong friend from death row for a crime she claims she didn't commit. Feisty Nyla teams up with Sam to discover the truth. Her YouTube broadcasts polarize the issue and further strengthen the tension. As Nyla wends her way through convoluted family drama, she learns the death row woman is her birth mother, and her efforts escalate. Fetters imbues her narration with Nyla's emotions, adding even more tautness to the audio. S.W. © AudioFile 2022, Portland, Maine [Published: JANUARY 2022]