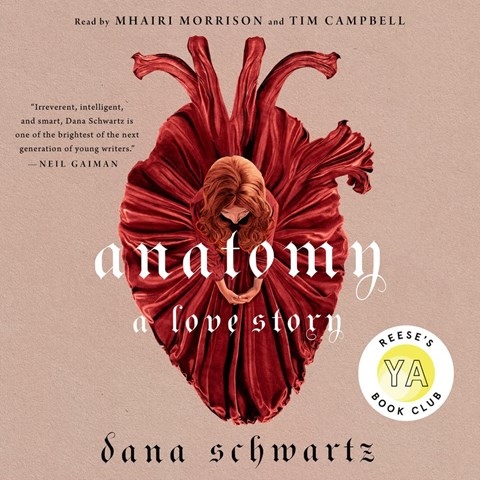 The Scottish accents of narrators Tim Campbell and Mhairi Morrison introduce YA listeners to this historical romance/mystery set in nineteenth-century Edinburgh. Campbell sounds authoritarian as he delivers bits of a medical tome that reflects the male-dominated surgical world of this novel. Morrison portrays the intelligence, warmth, and pluck of 17-year-old Hazel Sinnet, who rebels against the stolid mores of her time and bests egotistical doctors to pursue her study of anatomy. Morrison tracks Hazel's unconventional path through plot twists and surprising character reveals as she pursues a case involving missing persons. At the same time, Hazel charts the romantic development of her own heart in an unlikely alliance with a man named Jack, who first brings her cadavers, then introduces her to love. S.W. © AudioFile 2022, Portland, Maine [Published: MARCH 2022]