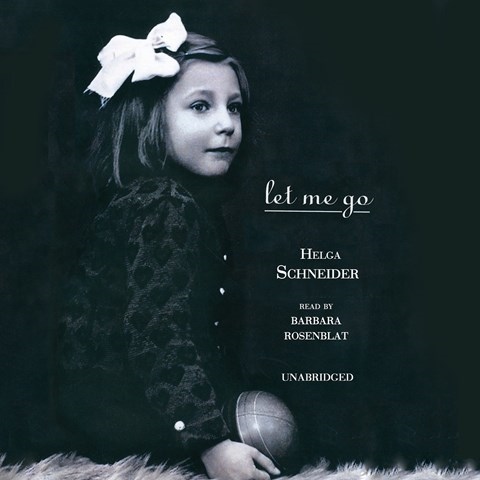 Helga Schneider recounts in chilling detail her 1998 visit with her mother, an unrepentant Nazi who abandoned her family in 1941 to join the Nazi SS and become a guard and torturer in the concentration camps. The story will bring tears to most listeners’ eyes. Schneider, who saw her mother once in the intervening years, conveys her utter horror that her mother could be such a thoroughly vicious and repugnant person. Barbara Rosenblat’s reading is astounding, and as she did in her award-winning performance of The Nazi Officer’s Wife, she demonstrates her brilliance at bringing the written word to audio. When Rosenblat reads Schneider’s mother’s words, the listener is chilled by the evil in her voice, and when she reads Schneider’s words, the listener feels the anger and confusion that permeate the book. D.J.S. Winner of AudioFile Earphones Award © AudioFile 2005, Portland, Maine [Published: APR/MAY 05]