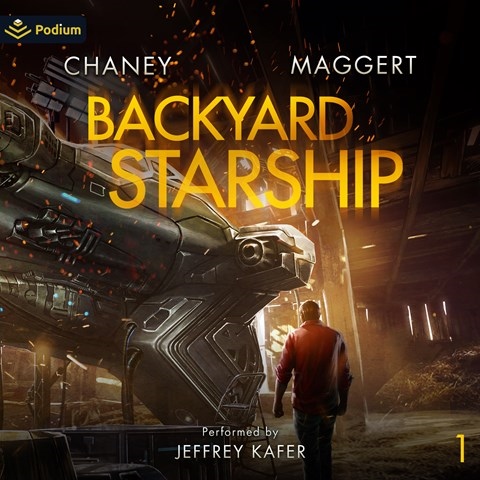 Jeffrey Kafer brings a comic touch to the story of Van Tudor, a computer whiz on earth who inherits his grandfather's role as a Peacemaker in space. Listeners are introduced to Van's new job by Perry, an AI bird who's versed in complex space law and financial dealings. In Kafer's hands, Perry's a bit like Spock and a bit like The Book from THE HITCHHIKER'S GUIDE TO THE GALAXY. Kafer's twangy-voiced Torina, a mining heiress who joins Van, reflects the Western ambiance of the story. Kafer does a rootin' tootin' job with the space-opera action and humor, and shifts seamlessly to a darker tone when Van discovers illicit trade in memory chips and the actual minds imprisoned within them. J.A.S. © AudioFile 2022, Portland, Maine [Published: APRIL 2022]