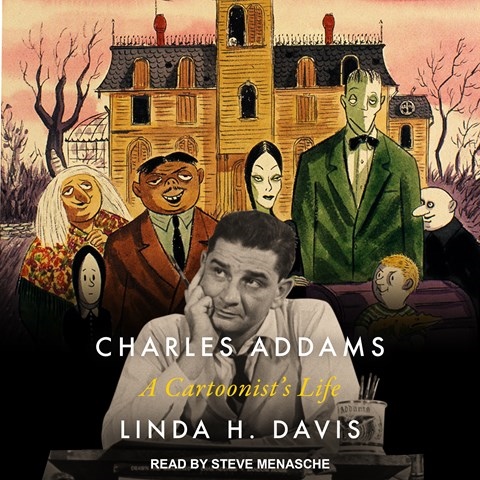 Steve Menasche sounds astonished as he narrates tales of Charles Addams sleeping in a coffin. They're not true, but the cartoonist who brought the original Addams Family to life in THE NEW YORKER was a memorable character regardless. Menasche sounds amused as he describes macabre aspects of Addams's life and work, including a stint at the sensationalist TRUE DETECTIVE magazine. Addams's datebook was full of women, including Greta Garbo and Joan Fontaine, while also hinting at years of dustups with an ex-wife. Artists might especially like this audiobook, which enlivens the discussions of Addams's work. Some memos asking Addams for revisions get a merry narration from Menasche, and he vividly describes cartoons, based on Davis's descriptions. J.A.S. © AudioFile 2022, Portland, Maine [Published: MARCH 2022]