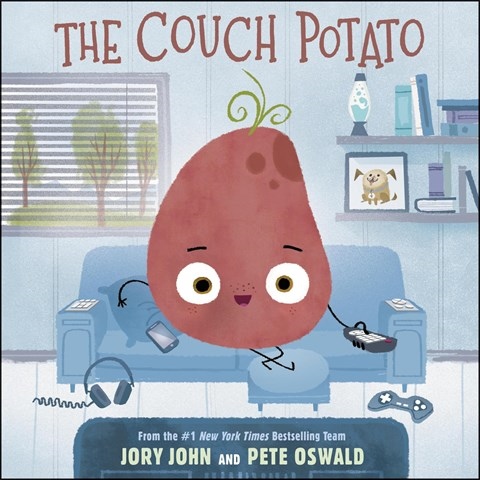 THE COUCH POTATO The Food Group

Narrator Kirby Heyborne captures the hilarity and wordplay of THE COUCH POTATO, which is part of the Food Group series. Couch Potato starts out bragging about all the joys of being lazy, having many devices and never-ending screen time, and having everything you need within reach at the tap of a button. But when a power outage causes Couch Potato to reexamine his idle ways, he learns that life needs balance. Heyborne is excitable and funny as he describes Potato's love of everything digital. His narration turns thoughtful as Potato remembers what it's like to enjoy things that don't require power and a plug-in. His voice captures the wonder of the outdoors and the enjoyment that Potato finds connecting with others in a non-digital world. S.B.T. 2022 Audies Finalist © AudioFile 2022, Portland, Maine [Published: FEBRUARY 2022]