Home»Reviews»YOU HAVE A FRIEND IN 10A 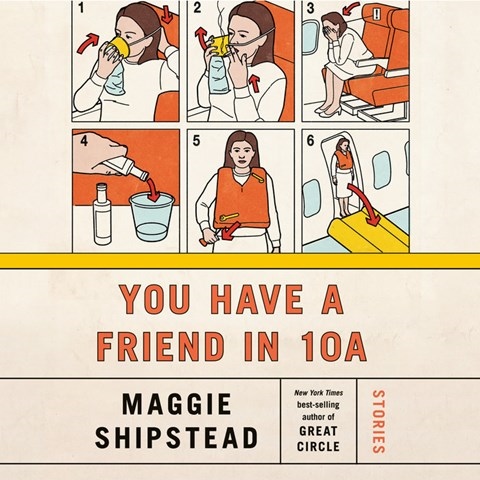 YOU HAVE A FRIEND IN 10A Stories

Excellent narration from a bevy of capable narrators enhances Maggie Shipstead's incisive collection of 10 short stories. Plots are varied: An actress emerges from a Scientology-type religious movement in the titular story, narrated by Alex McKenna; a Hollywood father and his two daughters clean out his late father's home in "Angel Lust," narrated by George Newbern; and a love triangle unfolds at a ranch in "The Cowboy Tango," narrated by Mark Deakins. The stories feel fresh and are illuminated by the deliveries of the eight seasoned voice actors. A particular standout is a story titled "Acknowledgements," in which Ari Fliakos captures the protagonist's sneering self-importance. Shipstead's complex, flawed characters may not be altogether likable, but the author has pulled together a collection that is sharp and likable indeed. S.E.G. Winner of AudioFile Earphones Award © AudioFile 2022, Portland, Maine [Published: JUNE 2022]