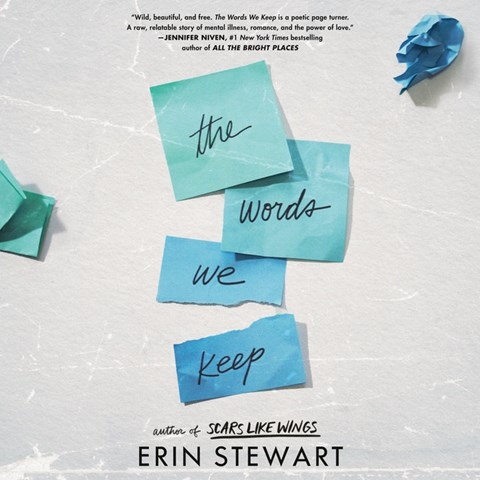 THE WORDS WE KEEP

Narrator Phoebe Strole's youthful tone captures 16-year-old Lily Larkin. When Lily was young, her older sister, Alice, saved her from being swept out to sea by a riptide. Quickly, Strole contrasts the loving stability of Lily's childhood with the overwhelming feelings she is coping with now. She's worried about Alice, who is cutting herself. Lily feels like she has to be perfect. Sometimes she even wonders if she's going mad. Strole develops a strong characterization of Lily when she blooms as a secret poet. When Lily is paired with artist Micah Mendez, who has had his own issues with mental health, Strole paints a picture of his steady caring and their growing trust. Strole's strong characterizations of major and minor characters create an empowering message about voicing the words that matter. S.W. © AudioFile 2022, Portland, Maine [Published: MARCH 2022]